Typically robots used for motion control, material handling, welding and other industries need to be taught their role in the manufacturing process.

A teach pendant is used to program a robot's motions, and are typically handheld devices so that the motion control can be viewed in various directions.

Once the robot is set to "teach" mode, the pendant can control the robot’s motion step-by-step. With each step, the pendant moves the robot’s arm to specific X-Y-Z coordinates or jogs the arm in increments until the desired position is reached, and sets the speed at which the arms move. These steps are recorded and stored so that they can then be used during normal operation.

As a robot teach pendant solution, the HMIQ provides a variety of hardware, software and interface options.

You can design custom user interfaces on the HMIQ “Drag and Drop” WYSIWYG platform: 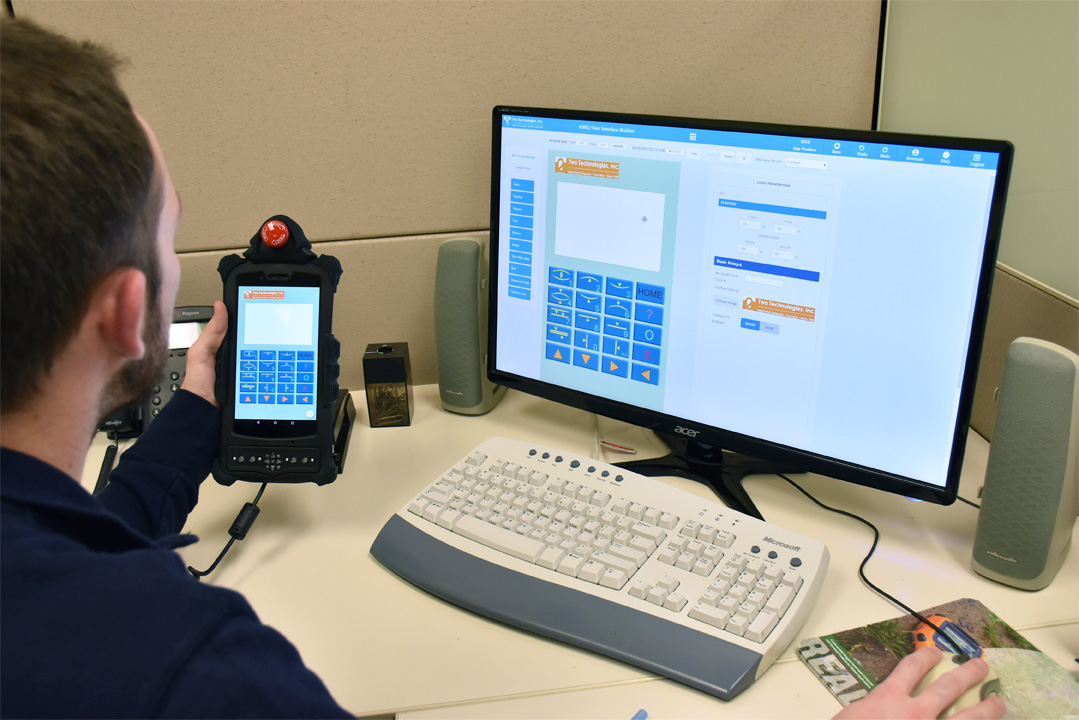 The Interface module on the back of the HMIQ provides power and provide your choice of RS-232, RS-422 or RS-485 communications for connection to a robot. Options include modular (RJ-11), DE-9 Male, DE-9 Female and permanent wire connections.

You can set the communications parameters for the HMIQ using the developer portal or from an application developed with the HMIQ SDK.